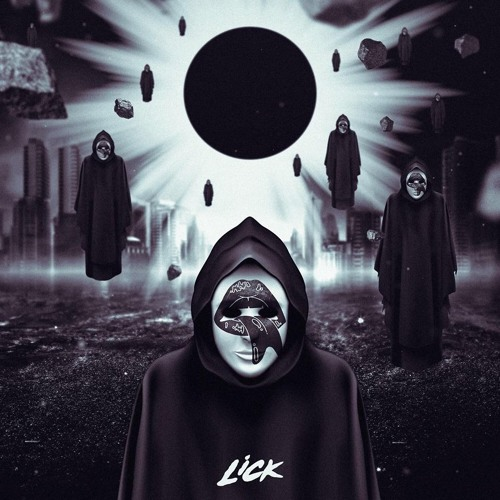 Dark Vibe Order is the kind of electronic dance album capable of netting the genre new fans. This is a mysterious and brooding piece that, at times, echoes with shades of evil; each sludgy electronic beat tied to murky, unsettling depths. LICK’s debut is at times overly streamlined, but it comes with the territory of Bass Music – and the unique beats he concocts make it feel like a hellish rave.
The first several songs on Dark Vibe Order manage to successfully establish an atmosphere that is both ominous and fun. The industrial vibes on ‘Dawnless’ are gloomy and relentless, interrupted occasionally by sprawling synth passages that lend the whole experience a rather disquieting air. ‘Poison’ features Tori Letzler’s creepily sung verses amid a foggy, downtempo electronic sphere that evolves into something entirely unexpected by the end of its runtime. ‘No Way’ is driven by thumping bass lines and heavily textures synths, and feels simultaneously more expansive and approachable. ‘Disappear’ – which features Sara Skinner’s all-out pop chorus and blasting dance beats, sounds like it could be a radio breakthrough for LICK.
Dark Vibe Order sees an apparent shift towards lighter and more accessible tones as it makes its way into the second half of the tracklist, which comes in both appealing and unappealing forms. ‘Say’ is an example of the latter, where the soul-ballad vocal style feels almost comically misplaced. ‘Drop Draws’ is another misstep, featuring a plethora of low-pitched, autotuned vocal interrupts that do little to propel an otherwise forgettable tune. Despite this, LICK still manages to keep a pretty firm grip on his overarching mission statement, with songs like ‘Body’ (featuring Luna Aura) carrying on the eerie vibe of the record’s opening half albeit in a much more lighthearted/approachable fashion. ‘Runaway’, again featuring Letzler, is presented to us in its full-bodied form as well as an even better stripped down version which feels more natural. The record isn’t as consistently strong as one might hope after hearing tracks like ‘Dawnless’ and ‘Poison’ break down the door, but it’s about as unique as anything you’ll hear in modern mainstream Bass Music.