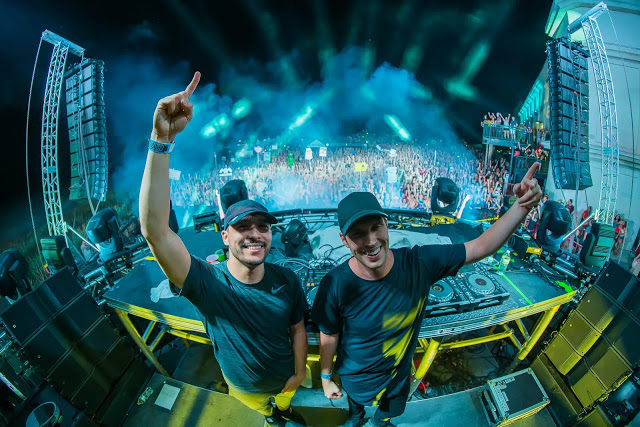 Slander and Said The Sky created the song ‘Potions’

Fusing heaven trap, for which Slander is predominantly known, with the a Herculean future bass sound one is what one has come to expect from Said The Sky, the two have merged to create the track ‘Potions’. Although not officially been released – as an act of mercy, Slander used the Crush Arizona stage and invited Said The Sky up as a special guest to offer this preview to their audience.

On 17 February Slander posted a live video of said preview, promising a pronto release. The wait for the release has already become a talking point amongst fans of the genres and it’s no wonder why.  Even with the video quality, the melody is enough to invoke the inevitable goosebumps and the crowd response is undeniable.