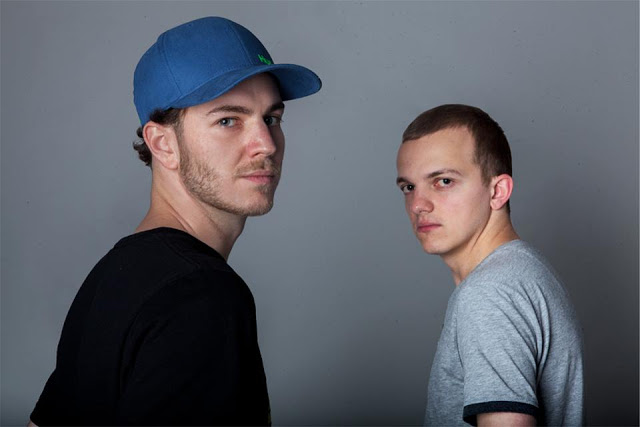 The Austrian production duo Dossa & Locuzzed are currently one of the hottest newcomers in Drum & Bass. When they teamed up to write their first collaboration “Friday”, they quickly got recognised by the biggest names in the scene, Futurebound heard the talent and reached out which led to them joining the mighty Viper Recordings team as exclusive artists in late 2016.

2017 saw the duo really hit the clubs with a succession of hit singles like Dance, Shag, Stoned Love, Funkyfied, I Owe or Love Blind gaining solid support from Andy C, DJ Marky, Friction, Dimension and platforms like UKF and Liquicity, spreading their signature sound around the globe.

With a string of releases lined up for 2018 and an ever growing touring schedule things are truly
rolling for Dossa & Locuzzed.